The Boxer is a dog found all over the world. We go into detail on how it became one of the most common breeds. 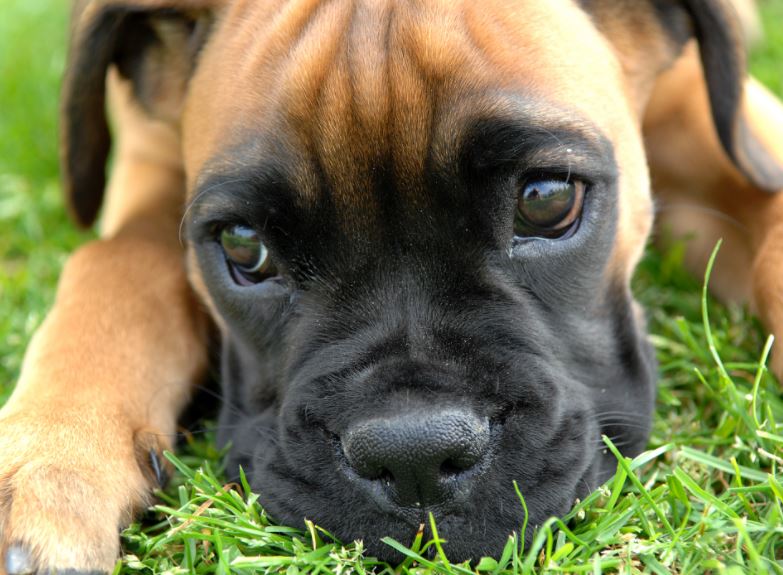 It is considered that an immediate ancestor of the Boxer was a smaller breed. The upbringing of the this breed, at that time, was usually in the hands of hunters since they were the best option for hunting. Their task was to take and hold the prey, which had been cornered by other dogs, until the hunter arrived. To be able to perform this task, it was necessary for the dog to have a wide snout and a wide alignment of teeth that would allow them to have a strong bite. Each Boxer that had these features and was the best at performing their work was selectively used for breeding. Based on these characteristics dogs with wide snouts were bred selectively, leading to it’s appearance today.

The boxer is a medium-sized, smooth, strong-haired dog with a short, square structure and strong bones. Its musculature is very strongly developed and lean. It’s movements are lively, full of strength and ambition. The boxer should not look coarse, heavy or light.

Length of body: It’s structure is square, this means that the boundary lines end up forming a square shape.

Chest depth: The chest depth corresponds to the half of the height to the cross.

The boxer must have strong nerves, be confident, calm and balanced. Its character is of utmost importance and requires special attention. His attachment and loyalty to his master and environment, his vigilance and bravery as a defender are important. It is harmless with familiar people but suspicious of strangers. They are easy to train, thanks to their work ethic.

It’s the most important feature of the boxer. It must be well situated with the body and should not seem too light or too heavy. The muzzle must be wide and powerful. The beauty of the head depends on the relationship of size between the snout and the skull.

From any angle of the head, from front to the top or sideways, the muzzle should always have the right relationship with respect to the skull. This means that the skull should never look too small. The head should be smooth, so you should not see any wrinkles.

Nose: The nose is wide and black. The tip of the nose is slightly higher than its base.

Snout: Snout must be strongly developed in its three dimensions. This means that it should not be sharp, narrow, short or flat. Its configuration is influenced by: 1. The shape of the maxilla, 2. The implantation of the canines, 3. The shaping of the lips.

Canines should be as far apart as possible and have a good length allowing the front surface of the snout to be wide and almost square and together with the nasal bridge forming an obtuse angle.

Lifespan: The average Boxer will live around 10-12 years based on statistics.