The beagle is a dog of English origin that was used for hunting hares. Queen Elizabeth the first had a famous pack in which the dogs measured all less than 2 feet long, with some being so small that they could be transported in a pocket. It is also said that during banquets, the Queen allowed the Beagle pups to play on the table. 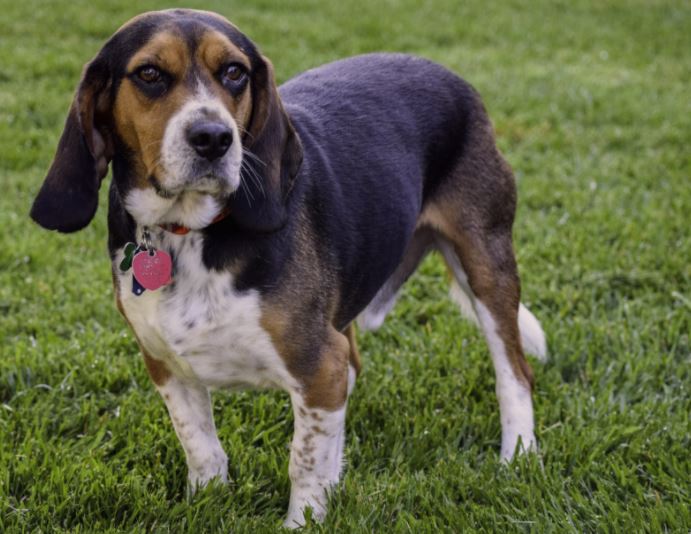 Origin Of The Beagle

The origins of the Beagle are debatable but it is mostly believed that it was the Romans who took the ancestors of this dog to England to use for rabbit hunting. It is speculated that they were crossed with several breeds of hounds. It was in the 16th century that the beagle began to spread throughout England, and at the end of the nineteenth century there were several types of the Beagle breed in existence.

The Beagle is brave, jovial, affectionate and intelligent dog. It is a hunting dog bred to chase prey in the fields and is accustomed to living in packs. This makes it predisposed to human company and it can integrate well with the family. The beagle is quiet and adapts to all kinds of life, both in the countryside and in the city. It is a rambunctious dog and can be very naughty as a puppy.

Having a sweet expression, the Beagle is a muscular-looking and compact dog in its appearance. It has long ears that hang on the sides and a coat with soft, short, dense and weatherproof hair. The beagle is usually tricolor and has the tip of the white tail.

Having a short, flat hair, the beagle is very easy to clean, putting special emphasis on the ears. It is a high energy dog and it is clear that you need to do daily exercise. It possesses a great sense of smell and when unleashed, it can disappear without a trace completely ignoring any calls from you.

The beagle is characterized by its great appetite. It never gets tired of eating and if you do not control it’s diet it could suffer weight problems. In spite of that, it is a very healthy dog and rarely needs to be taken to the vet.

The average lifespan of the Beagle breed is

Jaws and Teeth: Jaws should be strong, with a perfect, regular and complete scissor bite, which means the upper incisors closely overlap the lower incisors and are vertically implanted in the jaws.

Eyes: Dark brown or hazel, quite large, neither sunken nor prominent, well separated from each other, with a sweet and sympathetic expression.

Ears: Long, with the rounded tip which reaches near the end of the nose when the ears are directed forward. Low insertion, fine texture, hang gracefully glued to the cheeks.

Neck: Long enough to allow it to lean during tracking, but slightly arched.

Chest: Descends to below the elbows. Well-arched ribs that extend perfectly backwards.