The Akita is a well know dog breed with a Japanese Origin. Keep reading to find out the history of this unique breed. 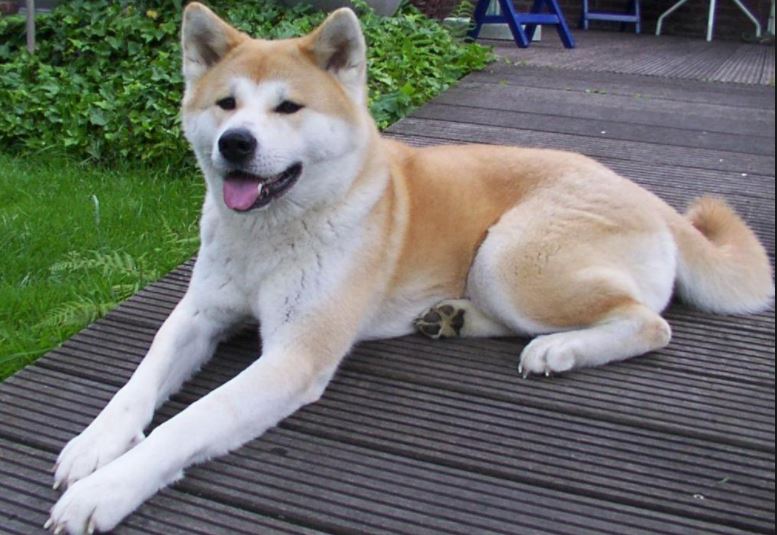 History Of The Akita

The size of Japanese dogs originally varied from small to medium and there were no large breeds. In the early 1600’s, in the Akita region, dogs called matagi akitas (Medium sized dogs for bear hunting) were used as fighting dogs. Around the 1860’s, the race crossed with the Tosa and mastiff. For this reason, the size of the breed increased, but characteristics and traits of smaller type dogs disappeared.
In 1900’s, after banning dogfights, this breed was able to persevere, prosper and develop. After 1930, a few exceptional dogs of this race were appointed as historical Monuments.

During World War II the skin of dogs was often used for making military clothing. The police ordered all dogs to be captured except German Shepherds, who were used for military duties. Some fans tried to dodge the law and crossed their dogs with German shepherds. At the end of World War II, the number of Akitas was dangerously low and the dogs were bred in 3 different ways:

1. Akita Matagi, 2. Akita fighting Dogs and 3. Akitas/German Shepherds. The livelihood of the race was severely disturbed. During the attempted restoration of the pure race after the war, Kongo-go, a dog coming from the Blood Dewa line, enjoyed a momentary popularity but nevertheless got very important. This dog presented characteristics of the Mastiff and German shepherd breeds. The number of the breeders of these Akitas increased, and the race became even more successful. But, some people did not accept this type as a primitive Japanese race and dedicated themselves to eliminating all the non purebred traits. In order to restore the characteristic traits of the original race, they carried out crosses with Matagi Akitas. They succeeded and were able to stabilize the pure race of great size that we know today.

They have a large size and solid structure, well balanced and lots of substance. The secondary sexual characteristics are well accentuated, they have great nobility and modest proportions.

The relationship between the height and the length of the body (measured from the tip of the shoulder to the tip of the buttock) is quite good, but the body of the females is slightly longer than that of the males.

Temperament/behavior: It is a calm, faithful, docile and receptive temperament dog.

Skull: The size of the skull is proportional to the body. The forehead is wide, with a crisp furrow. No wrinkles.

Truffle: Big and black. Only with white-haired specimens is a small, diffuse lack of pigmentation acceptable, but black is always prefered.

Snout: Moderately long and strong with a wide base that gets thinner towards the tip, although not pointed. Straight nasal reed.

Eyes: Relatively small, almost triangular, with the outer angle of the eye being slightly stretched upward, situated slightly distant from one another, dark brown, the darker the better.

Ears: Relatively small, thick, triangular and slightly rounded at the ends. Moderately separated from each other, upright and inclined forward.

Neck: Thick and muscular, far from the chin, balanced with the head.

Back: Straight and firm.

Tail: High, thick and vigorously coiled at the rear. The tip of the tail almost reaches the hocks when it hangs it down.

Elbows: attached to the body.

Paws: Thick, round, bowed and finger-tight.

Hair: The outer layer should be smooth and hard-textured, the inner layer must be fine and abundant. The cross and the hips should be covered with slightly longer hair. The hair of the tail is longer than the rest of the body.

The average lifespan of the Akita dog will vary greatly depending on the health and how well the owners take care of it. This number will typically be in the 10-15 year range though.